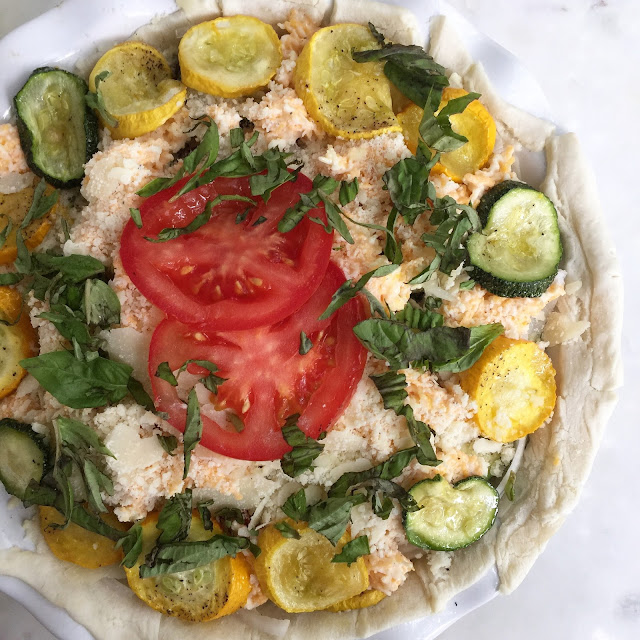 This little delicious pie is like Tomato Pie but better.  Matt and I both agreed that we loved the addition of the squash and zucchini.  It has been on repeat around here lately.  The roasted veggies give the pie so much extra flavor.  This is such a great way to use up extra veggies and tomatoes that are so abundant right now.  You can easily make this ahead of time and just let it sit in your fridge til you are ready to bake it.  Keep an eye on the pie crust as it bakes because it has a tendency to burn.  If it does I sometimes cover it with foil.  Let the pie sit about 10-15 minutes before slicing it or it will be super messy.

adapted via Tastes Better From Scratch

– 1 pie shell (in the refrigerated section)

Preheat the oven to 400 degrees.  Toss the sliced zucchini and squash with olive oil and salt and pepper and spread on a baking sheet in one layer.  Roast about 20 minutes until they have softened.

Meanwhile slice the tomatoes and then lay on paper towels to absorb the extra liquid.  Let them sit for 20 minutes while the squash and zucchini cook.

After you remove the zucchini and squash from the oven place the pie shell in a pie baking dish and then bake for 10 minutes.  Remove from the oven.

Mix together mayo with 1 cup cheddar cheese and 1 cup mozzarella.  Sprinkle with salt and pepper and stir in 1 tablespoon hot sauce.

Arrange one layer of zucchini, squash, onions, tomatoes and sprinkle basil.  Spread with half the mayo mixture.  Set aside about 5 pieces of squash/zucchini and 2 tomatoes slices for the very top.  Then layer with the remaining zucchini, squash, red onion and tomatoes and spread the rest of the mayo mixture.  Sprinkle the parmesan cheese.  Then arrange the few saved squash and zucchini slices around the top and place tomatoes in middle.  Sprinkle with basil.

Bake at 350 degrees about 30-40 minutes until cheese is bubbly and slightly browned.

Let stand about 10-15 minutes before slicing.

One of my all time favorite cover-ups is now back in stock in several new colors.  I have the black version and love it.  It is so incredibly soft!

I wore the black short version to the pool yesterday:)  Oh and that doughnut float is the kids favorite! 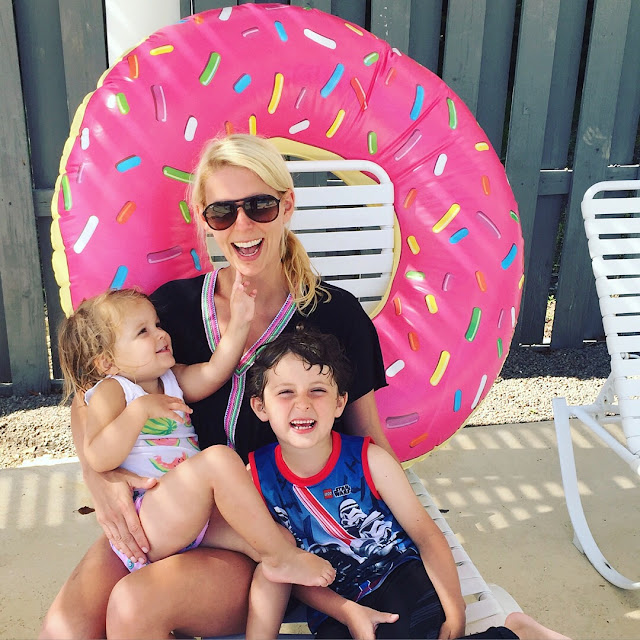 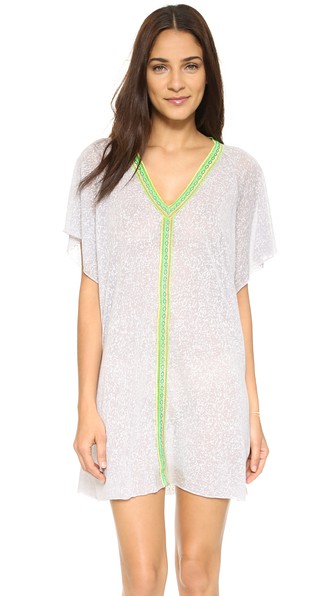 It was also just released in this tank version as well. 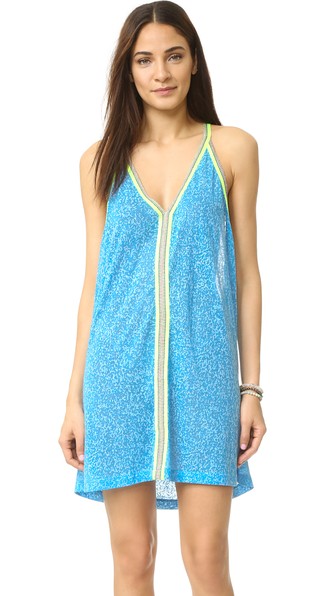 They both also come in longer versions as well.   My sister gave me the long hot pink version for my birthday and I loved it so much I ordered the shorter black version.  Honestly they make great night gowns too they are that soft!  None of the styles are over $100. 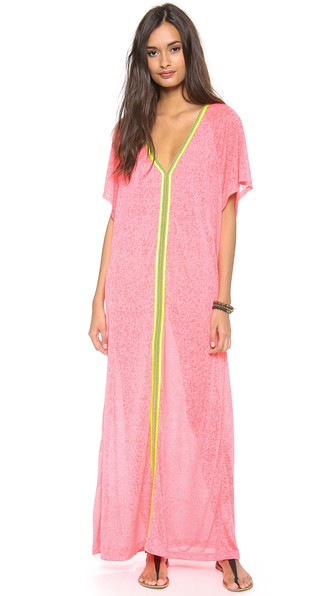 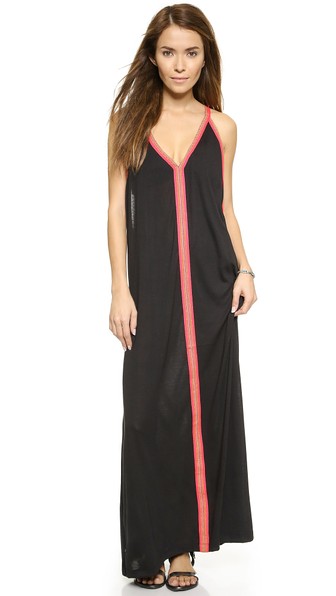