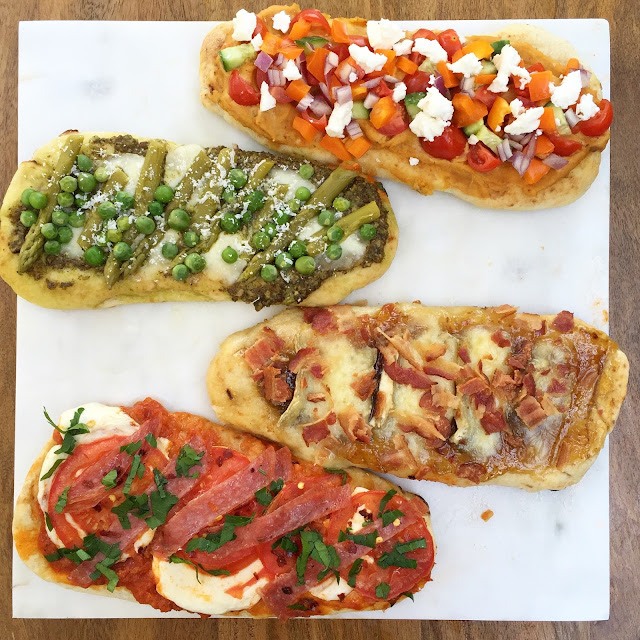 As much as I love cooking, I get lazy and like to have a few meals that can be whipped together quickly.  These Naan Pizzas are super easy, I would say they take less than 10 minutes to assemble and about 15 minutes to cook.  All in all this is a meal that can be made and cooked in under 30 minutes.

There are a million different toppings and flavor combos for pizza but these are few of our favorites.  2 are vegetarian and 2 have meat.   I love that they each have a different base : pesto, hummus, fig preserves, and marinera.  There is a pizza everyone will like.  These make a great appetizer too if you cut them into bit size pieces or strips.  It is also fun to let the kids help you assemble them and put the toppings on.

I really like the Tandori Naan bread from Trader Joes for these pizzas.  It is the perfect size for mini pizzas.  But if you don’t have a Trader Joes nearby most grocery stores have naan bread in the fresh bread section.  You can make these ahead and reheat at dinner if you prefer. 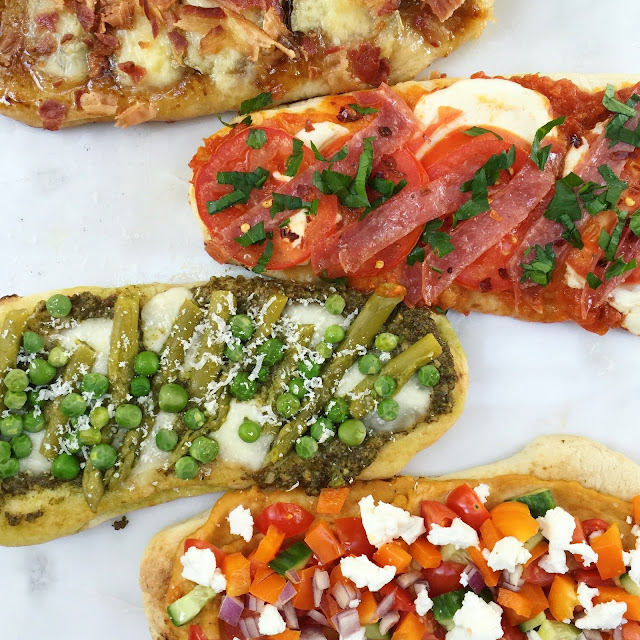 – handful cooked english peas (I like the Trader Joe’s  kind in the produce section.  You can cook them in 2 minutes and they make a great side too)

Layer the Naan with pesto, then mozzarella, then asparagus and bake at 350 degrees about 15 minutes until cheese is melted and bubbly.  Sprinkle on cooked peas and then grate fresh parmesan over the top. 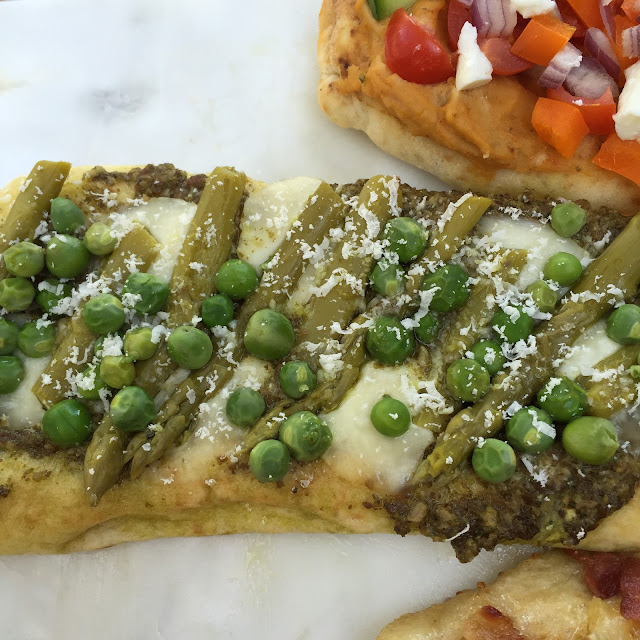 Spread the hummus on the naan bread and top with a sprinkle of feta cheese.  Bake at 350 degrees about 10 minutes.  Toss tomatoes, cucumber, onion, and bell pepper with a few drizzles of red wine vinegar and salt and pepper.  Pour veggie mix over hummus and add additional feta if desired. 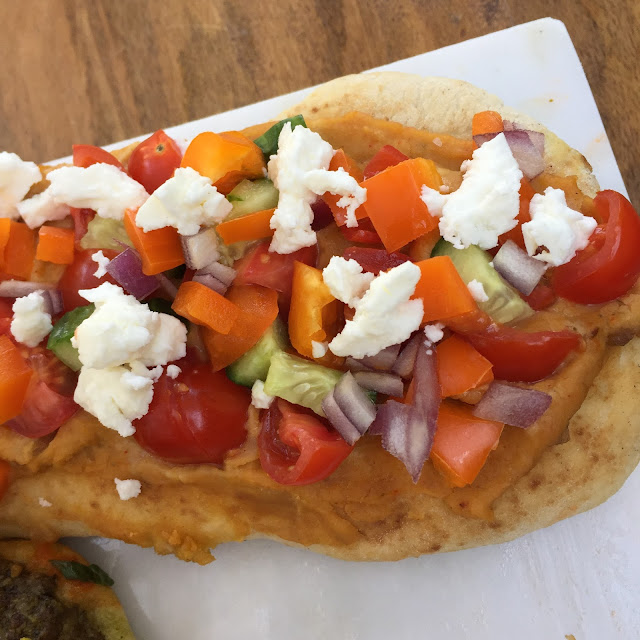 Spread naan bread with fig preserves and layer on brie cheese. Bake at 350 degrees about 15 minutes until cheese is bubbly and melted.  Remove from oven and sprinkle on crumbled bacon.  This is also amazing with caramelized onions. 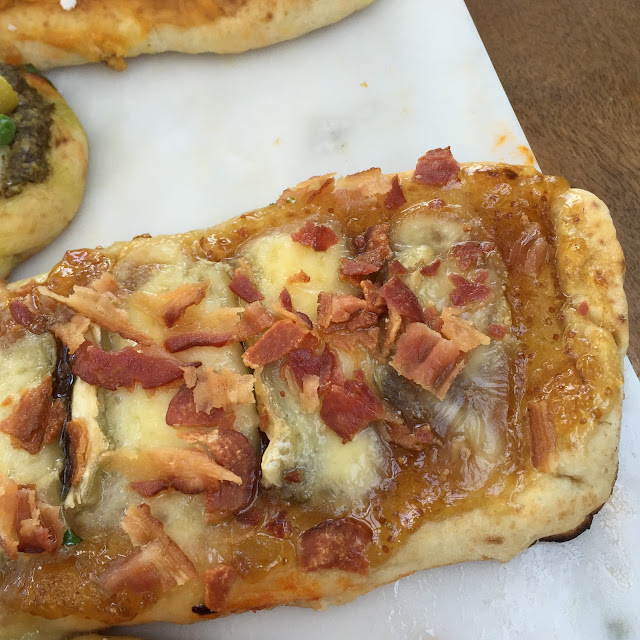 Layer the naan bread with marinara or pizza sauce then top with mozzarella slices.  Add tomatoes and salt and pepper.  Then top with salami.  Bake at 350 degrees about 15 mins until cheese has melted.  Then briefly turn on broiler to kind of crisp of salami.  Remove from heat and sprinkle with red pepper flakes and fresh basil. 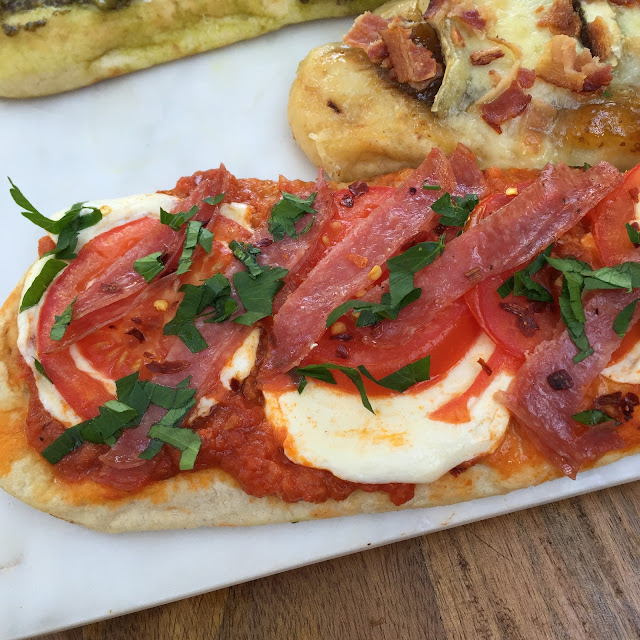