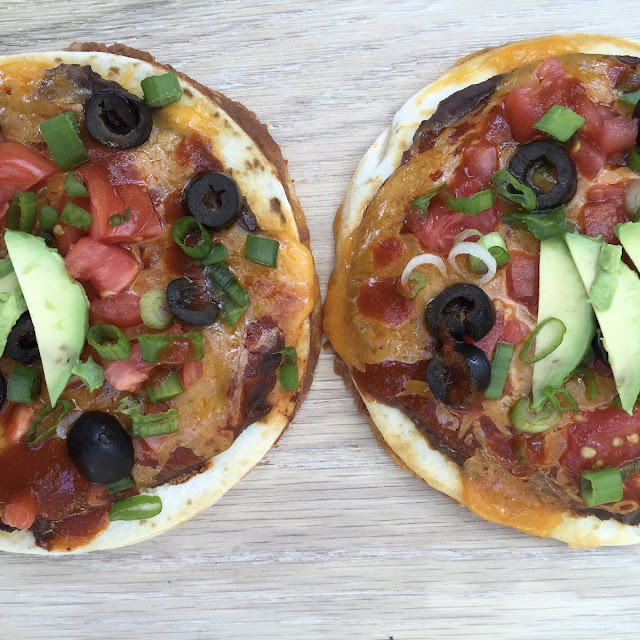 Little secret I love Taco Bell.  It is one of my guilty pleasures.  I don’t eat it often maybe 1-2 times a year.  It always seems like such a good idea and then I feel like crap after I eat it so I try to avoid it.  Their Mexican Pizza though it’s the stuff dreams are made of.  Not gonna lie I also love the bean burrito, 7 layer burrito, crunch wrap, soft taco, nachos bel grande, cinnamon twists-  the list goes on and on.   I had a craving for one of their Mexican pizzas and decided why not try and make my own.  I left the meat out but you could easily add it instead of one of the types of beans or addition to them.  I actually didn’t miss the meat as much as I thought I would.  These are still pretty legit minus the meat.  The key to the crispy shell is cooking them first in a skillet then in the oven.

These would make a great nibble for Super Bowl Sunday too just slice into triangles or squares and serve on a platter:) 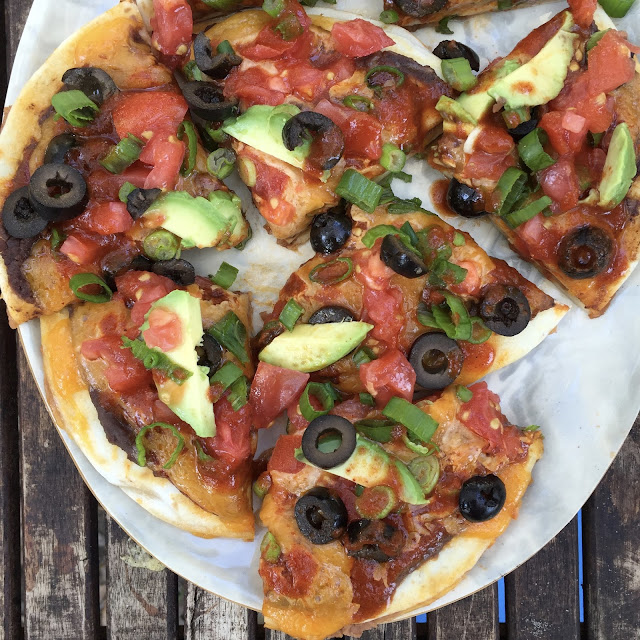 Spray a skillet with non-stick spray and heat to medium heat.  Take one flour shell and spread with refried beans with green chiles and then sprinkle with cheese.  Add another shell on top and place in skillet.  Cook a few minutes on each side until shell starts to get crispy and slightly browned.  Remove from skillet.  Spread a thin layer of refried back beans on top.  Then drizzle with red enchilada sauce and top with more cheese.  Place on a baking sheet in oven at 350 degrees and cook until cheese is bubbly.  Remove and add diced tomatoes, green onions, olives, avocado and another drizzle of enchilada sauce!  I also added some pickled jalapeños to ours before serving.