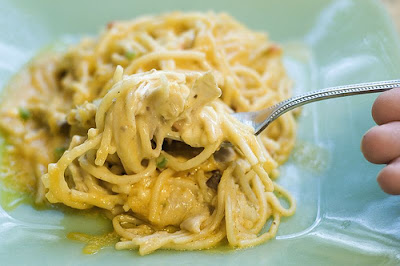 I bought my Pioneer Woman Cookbook awhile back when I found it on the clearance cart at Barnes and Nobles. I wasn’t sure about her but for $9.00 I thought I would give the cookbook a try. Well it has been sitting in my kitchen unused until now. I busted her book out after watching her new cooking show and was pleasantly surprised! I don’t love the layout of her cookbook but most of the recipes look really good.

I went with her Chicken Spaghetti because I knew it was dish the hubs would love. He is a big fan of any casserole with cream of mushroom soup so I knew he would like this dish. It was simple, just a few ingredients and it makes a huge casserole. We have enjoyed it for several nights. I think this would be a great casserole to freeze half or make a second batch to take to a friend.

**I am not sure why my ingredients picture is sideways. It is was taken normally but when I upload to the blog this is what it looks like everytime. I seriously need a lesson on computers and cameras.** 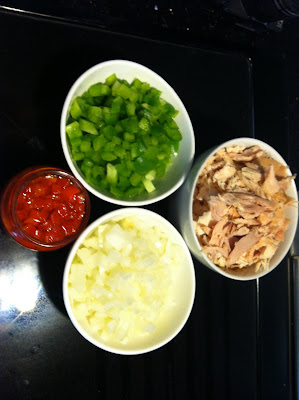 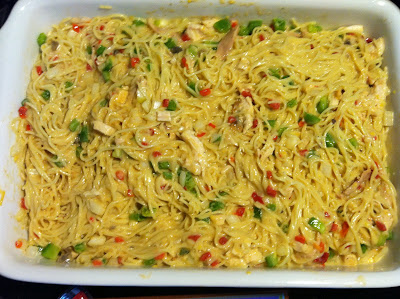 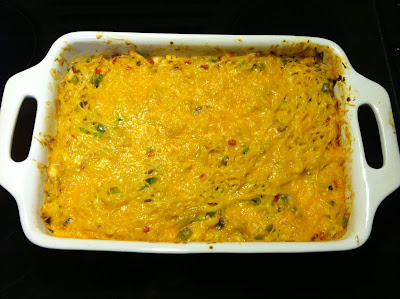 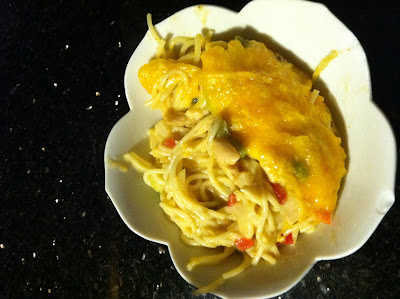 The seal of approval from my little man chowing down! 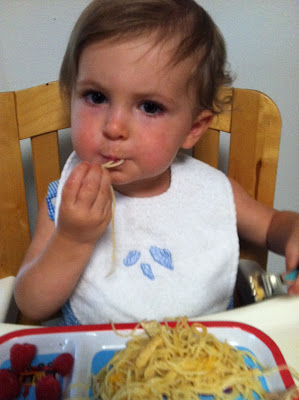 Preparation Instructions
Cook 1 cut up fryer chicken and pick out the meat to make two cups. Cook spaghetti in same chicken broth until al dente. Do not overcook. When spaghetti is cooked, combine with remaining ingredients except additional 1 cup sharp cheddar.
Place mixture in casserole pan and top with remaining sharp cheddar. Cover and freeze up to six months, cover and refrigerate up to two days, or bake immediately: 350 degrees for 45 minutes until bubbly. (If the cheese on top starts to get too cooked, cover with foil).

** To save time I bought one of the cooked roast chickens at Harris Teeter and just shredded the meat. This made it super easy. I also used angel hair pasta instead of spaghetti because I prefer thinner noodles.**

Print the Recipe HERE and see all of Ree’s preparation pictures!